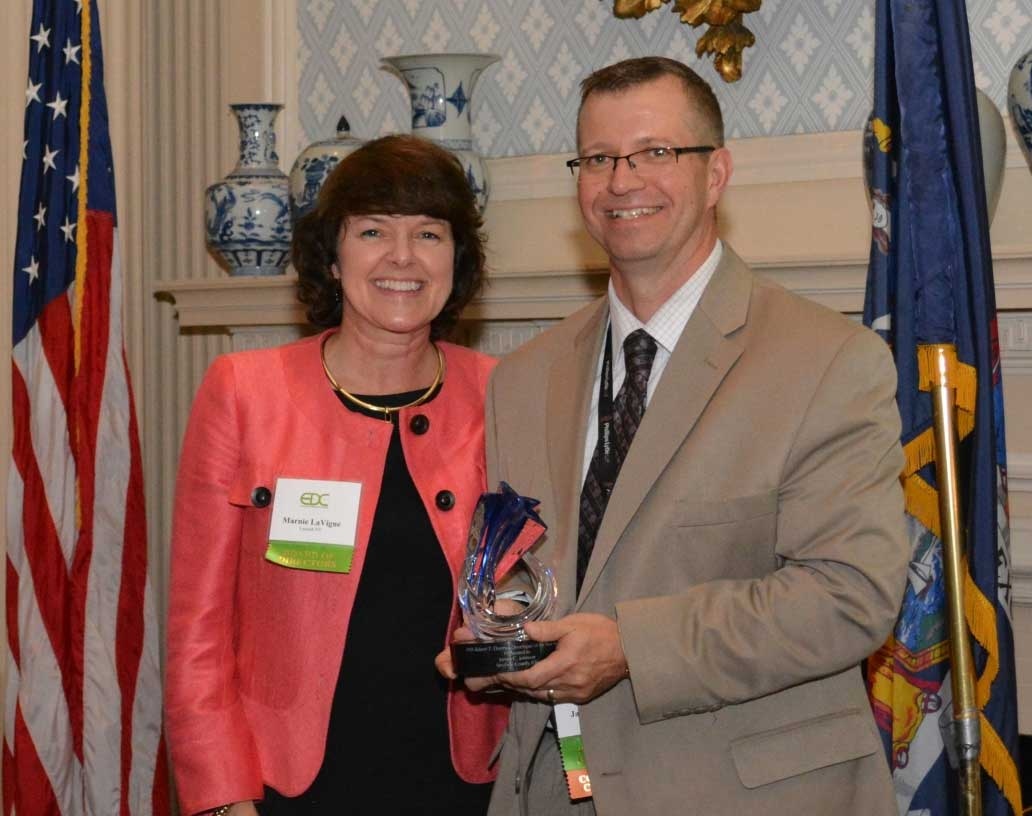 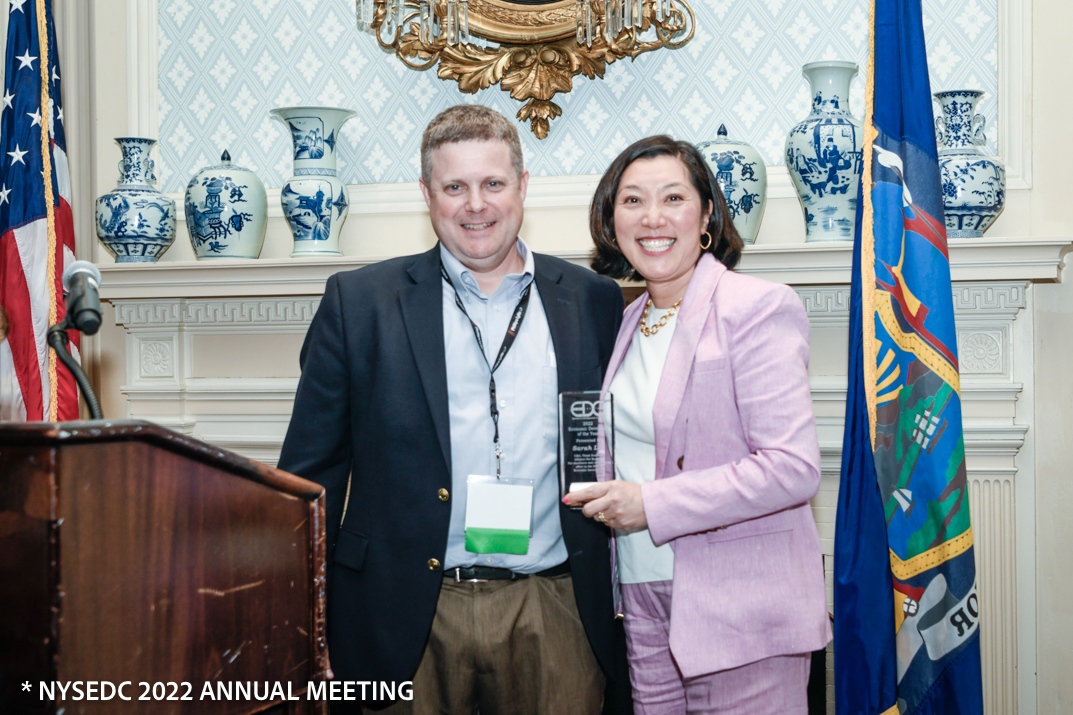 The NYSEDC Economic Development Awards program recognizes the state’s best economic development programs and partnerships, marketing materials, influential leaders, and rising stars. These awards honor organizations and individuals for their efforts in creating positive change in urban, suburban, and rural communities. Nominations are sent to an awards committee for consideration. Winners are recognized at Annual Meeting in Cooperstown.

Developer of the Year

The NYSEDC Excellence in Marketing Award recognizes an organization that has achieved measurable results telling its story about a project, redevelopment, rebranding, or community based initiative that serves the mission of NYSEDC, to promote the economic development of the state and its communities, encourage sound practices in the conduct of regional and statewide development programs, and develop education programs that enhance the professional development skills of NYSEDC members. This award is not limited to economic development organizations; marketing firms, workforce development organizations, higher education institutions, and non-profits are encouraged to apply. Nominations could a campaign, website, social media content, mobile marketing, targeted programming, digital media, video, multi-media, press event, or even a brochure. We want to hear how your marketing initiative is helping to better tell the story of economic development in New York State.

Project of the Year

The NYSEDC Project of the Year is presented to an organization that has completed a project that serves the mission of the NYSEDC, to promote the economic development of the state and its communities.
Each nomination will be evaluated on the following criteria:PROJECT OF THE YEAR NOMINATION FORM

The NYSEDC Rising Star Award will honor an individual age 40 and under who has made a significant contribution to the economic development profession in New York. Consideration will be given to quality of service and impact on New York’s economy. This influence could be across the state or within an individual community. Nominees must be a member of NYSEDC.
Each of the following criteria must be addressed:RISING STAR NOMINATION FORM

The NYSEDC Board of Directors has the authority to nominate and select an individual to receive the Lifetime Achievement Award. This award is given to an individual who has demonstrated consistent, exemplary performance in the economic development profession, leading the execution of projects that have significant impact on revitalizing communities, and playing a major role in shaping and improving the practice of economic development in New York State. The recipient is given a lifelong membership in the NYSEDC.